My first half ironman aquabike and rookie mistakes.

Have you ever heard of an Aquabike event?

Up until 5 months ago I had never heard of one either.  But when I saw it listed as part of the Sufferfest Triathlon Series on Rottnest Island here in Western Australia it instantly grabbed my attention.  You see, I’m one of those people who kinda sorta thinks that doing a triathlon would be a fun and worthwhile endeavour, but only if it weren’t for that darned running bit.

It is the running that has always kept me from taking a stab at triathlons.  Even in my 20s, I told myself that if I could find a swimming and biking event, sans running, that I would be all over it.  I remember a brief naive moment of elation when I first became aware of “something called a duathlon’, but then my hopes were immediately dashed when I realised that a duathlon is running then biking…followed by more running!!

“Who does that?” as my daughter would say when she doesn’t get other peoples unreasonable logic.

As I mentioned, the discovery came to me five months ago when I decided to see if there was a short triathlon coming up that I could possibly train for and finally fulfill the unrequited lifelong triathlon romance that I have been flirting with all of my life.  When suddenly, I got distracted by a much more attractive, not quite as demanding and more accommodating Aquabike offer.

This is roughly how my self talk went…

“Oh, but hang on, it’s a half ironman distance Aquabike.  What does that mean?”

“I haven’t done any serious endurance events in my whole life.”

“My current cardiovascular conditioning is crap to say the least.”

“I have to be mindful of my training and recovery to manage low back issues.”

that’s okay because there isn’t any running!  I can train to swim and bike those distances easy if I don’t have to run!!”

To be accurate, my event was a Half Ironman Aquabike, which is the half ironman swimming and biking distances without the running leg.   The running bit has always made me shy away from triathlons so when I saw the non-running  Aquabike option, I was on board.  Even so, the swimming and biking distances were a big goal for me since I did not have any endurance conditioning, and I had not been on a bike more than a dozen times over the previous 10 years.

I knew it was a big bite to chew and I knew that I wouldn’t be setting any speed records, but I gave myself 17 weeks to build up my conditioning so that I could finish.

And I would have, if it hadn’t been for the time limit.

I did not realize that there was a time limit for completing each leg of the course until just a few days before the event.  And of course, the time limit for finishing through the bike course was less than what I estimated I would need to finish.

By the time I entered my 4th and last lap of the bike course, the water station was packed up; so I was not able to replenish my water and electrolytes.   The course signs and volunteers were also pulled off the course.  In my tired, dehydrated state (I was fighting nausea) with just 10km to go, I actually missed a turn just before the sag wagon flagged me down to stop.

Rookie mistake #2, Definitely try out ALL of your gear during training before the race.

After all of your investment in training, entry fees and time away from family and friends, you don’t want to have any unexpected surprises caused by your kit on the day.

I borrowed a wetsuit and did not swim in it before the race.  I know, c’mon you can say it…”STUPID, CLASSIC ROOKIE MISTAKE!”   Yep, I’ll take it.  I’ll own that one.  I tried the suit on land, felt okay in it, but did not swim in it.

Once I started the swim, I realized that the high neck closure pressed on my neck when I swam free style.  The pressure made me feel like I couldn’t breathe and made me feel claustrophobic.  I was only able to manage about 20-30 freestyle strokes before having to switch to a breaststroke or sidestroke.  As a result most of my 2km swim was done with a sidestroke.  Not the best style for speed and it tanked my legs.

Not only that, but my efforts to pull the wetsuit off my neck only served to fill the suit up with water.  As I finally stumbled out onto dry land (with an amazing crowd cheering me on and making me lose my composure) I had about 2 liters of water sloshing around in each leg of the suit.  That must have really helped my speed!

Rookie mistake #3, Plan and trial your Nutrition and Hydration

Try more than one serving of your gels, gu’s and energy bars on a long training session.

I had tried mine out but not enough.   After 2 servings of sports gel, my stomach really did not want them anymore.  I forced myself to ingest more, but blechety blech blech!!!  I need to source better options for the future.  Perhaps I’ll try a real banana or two like my loving husband tried to suggest.

Smart or really dumb?  I don’t know yet.  But, I will be researching it and sharing my take in a post for you soon.

One thing for sure, the coconut water is really sticky.

My lips, hands and the outside of my water bottles were sticky.  Early on in the bike course I realized that all I really wanted was some plain ol’ fresh water to wash down the nasty sports gels and get the stickiness off of my lips.  I was oh so happy when I reached the first aid station and was able to grab a bottle of non-sticky water and electrolytes.

Rookie mistake #4, Listen to your body and be proactive.

This one is more of a physiological issue that I need to investigate.  I have always had issues with my toes and hands going numb when I bicycle or do other types of steady state cardio.  I have had issues in the past on treadmills and cross trainers (ellipticals for my U.S. friends) as well.

I can usually relieve the numbness by loosening my bike shoes so that I have room to wiggle my toes in the shoes, but that was not enough this time.  The most discomfort came while climbing the longer hills.  It got so bad that I had to actually stop and get off the bike several times to relieve the numbness.  This certainly slowed me down and I definitely need to sort this one out!

Rookie Mistake #5; Make sure you train and are properly conditioned for the event plus a little extra.

As I mentioned earlier, I trained to finish the distance, not to complete it in any particular time.  In hindsite, I realise that I was just barely ready for what I had undertaken.  I was not prepared for the unforseen challenges of my poor wetsuit choice and the additional fatigue that swimming in it caused.  If there had been any ocean swell or waves, I would not have been able to finish the swim.

Likewise, the bike course was a bit windy but the wind was not as strong as it could have been.  If the weather had been any worse, or if I had had bike issues I wouldn’t have gotten as far as I did.

I gave myself 17 weeks to train for a 2km swim and an 80km ride from virtually no cardiovascular condition.  I easily could have used 2 more months of solid training focusing on more leg strength and power for hill climbing.

Guess what’s on top of my training program for next year?  Yep.

I knew that Rottnest Island was hilly.  I just didn’t appreciate how hilly.

On the Bright Side!!

It sounds like all misery and struggle, and I haven’t even talked about the mindset stuff yet.  But I hope you gained some insights for your next big event or at least got a little glitter of drive to put yourself out there, just a little bit.

The thing that was amazing was the overwhelming support and kindness from the event organizers, the participants and the spectators.  I wish I had a recording of the cheers and applause that erupted from the crowd when I came out of the ocean and stumbled my way to the transition.  My ego was a bit embarrassed for being the last one way behind the other competitors, but I also felt extremely touched, encouraged and supported.   If I had that recording in my pocket, I would play it for myself every morning before starting my day!

Wouldn’t it be great if we all had our own personalised cheering and applause soundtrack just for being us that we could play whenever we needed a boost?

Let’s stay closer in touch so like my page and request to join my closed Facebook group Fitness and Lifestyle Mojo for women over 40. I can’t wait to see you there!

Greetings! I am so glad you are here. Like you, perhaps, I am new to the world of Aquabike; swim bike racing. My intention is to share my experiences; the good, the bad, the ugly and the gold of everything I learn on this already crazy journey. I pledge to stick with it and to give it my best effort.
I am also sole owner of LEAP n2u Fitness and leapintoyoufitness.com where I focus on empowering others through our central need for movement and exercise and the indisputable mind-body connection.

Sign up to get the skinny from Tammy at Aquabike Newbie and LEAP n2u Fitness. We stingily respect your privacy and don't share emails with anyone.

Get started with an Aquabike Training Consult Call. 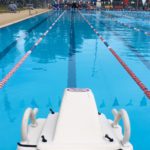 Xero Shoes – We Ship All Around the World!

Self Myofascial Release for Quicker Recovery